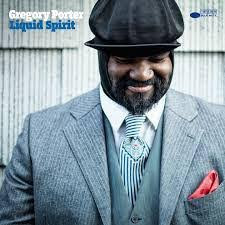 "Liquid Spirit" is the first album by Gregory Porter released by Blue Note music label. It's one big step forward compared to his previous works, its roots are still deeply jazz but Gregory Porter's natural inquisitiveness moves its boundaries well outside the box, picking from vintage soul, blues, gospel, filtering all features with timeless simplicity.
The arrangements are well dosed and balanced, embedded in tradition, never attempting to shift towards innovation.
Perhaps for a jazz purist listener "Liquid Spirit" will not account for anything new but the beauty of its tracks is indeed a gust of good taste in music. This record will bring calm, a distinct peace of mind, and lots of soulfulness.
Buon Ascolto 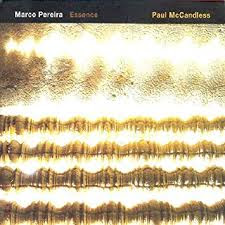 Beautiful release by the brasilian guitarist and composer Marco Pereira, believed by many to be the best brasilian guitarist after Baden Powell.
In this album he teams up with Paul McCandless, a horn and woodwind virtuoso. Natallino Neto plays bass guitar and Marcio Bahia plays drums and percussions, providing a solid rythmic base. Pereira is a phenomenal guitarist from Sao Paolo with a strong classical and jazz background.
"Essence" features composers such as Cesar Mariano, Nelson Cavaquinho, Baden Powell, Antonio Carlos Jobim and Joao Gilberto.

Pereira's guitar technique is always bright, brilliant and flawless while McCandless is just gorgeous on bass clarinet, English horn and
soprano saxophone. It is a refined and exquisite work recorded for Kind of Blue at the Maxine Studio in Milan, Italy.
Buon Ascolto 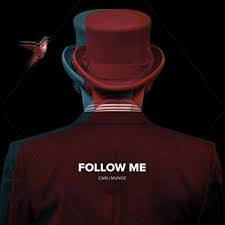 Carli Muñoz is a Puerto Rican pianist  with a strong technical background who has played with many world famous jazz musicians.
His latest release "Follow Me" is a challenging mix of blues, world music, jazz, with a dash of pop. It is written around the idea of a call to action towards a more sustainable world; all compositions are inspired by the iconic, great woman who won the Nobel prize for Peace, Wangari Maathai and the fabulous track named after her features quotes such as "The generation that has destroyed the environment is not the one that will pay the price" and touches of hope as "When we plant trees we plant seeds of hope".
The album is arranged in a sublime way: Muñoz's piano virtuosity, the ever so precise and classy horn section, with the powerful contribution by Eddy Gomez on bass guitar and Billy Drummond on drums deliver a top class record. It is a refined combination of instumental and vocal music that he plays with care, certitude and truthfulness.
Buon Ascolto 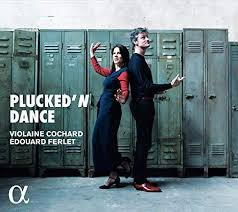 Swirling, playful and sometimes flooring, this is the music in Violaine Cochard and  Édouard Ferlet's latest work.
Piano and harpsicord are related instruments but very different for sound and timbre, yet the alchemy that this duo presents makes us perceive them as one, astonishing instrument.
Improvising has been a common practice since the Baroque era and this release proves how it is possible to improvise on counterpoint in a brilliant and ever-original way.
The chemistry between the two instruments is unbelievable. The harpsicord's rigour against the swing inclination of the pianist, bonded by a seldom-seen complicity between musicians, create a really unique atmosphere.
From Rameau to Satie, with original compositions as well, this is an unexpected journey full of magic.
Buon Ascolto 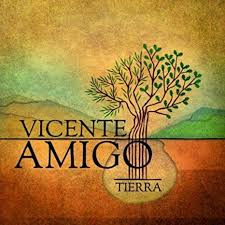 Have you ever listened to flamenco? It’s hard to digest if one doesn’t fully comprehend the concept of “cante jonto”, that can be translated as “deep singing”. Flamenco is visceral music, it’s improvised and it is seldom valued outside of the spanish borders. Vicente Amigo comes to assist us on this; he’s an outstanding flamenco guitarist and he is helping in the sense that “Tierra” is not a straightforward flamenco album but rather a mix of flamenco and celtic music. It is recorded and produced in the UK. This album will give the listener a chance to approach the magical and enchanting world of flamenco. Its origin is clearly sprouting from the arabian culture, but what does celtic music have to do with it?
When listening to arabian and middle eastern music, there are many common traits with traditional scottish and irish music to be found: all have a strong emphasis on melody and rhythm, actually, among their features the melodic and rhythmic complexity is certainly predominant.
Vicente Amigo takes us for a journey through different -  yet so similar - musical cultures, and the outcome is excellent!
Buon Ascolto 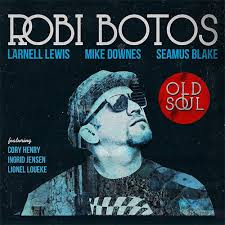 The latest Robi Botos album is really electrifying, in just seven tracks he is condensing all of his musical world made of jazz and even more. In this record we hear all of his love for Hungary as well as his intention to reach beyond the borders of jazz music by contaminating it with soul sounds or just plain funk.
In order to produce such a diverse album he set up a super band with outstanding musicians. In “Old Soul” Larnell Lewis delivers all of his drumming power; in “Budapest”, filled with homesickness for his country, Seamus Blake brings  us a moving melody that reminded me, for the way he plays it, of the great Michael Brecker; lastly, in “Calhoun Square” he pays a tribute, together with none other than Cory Henry, to the departed Prince.
This is a record where a flawless piano technique reminds me of both Oscar Peterson on one side and on the other, for his ability to harmonize tracks in an almost orchestral way, the great Bill Evans. It’s an awesome album where the highest peaks of virtuosity are performed with the same ease as a child running.
Buon Ascolto

Brad Mehldau - The art of the trio vol. 3 songs 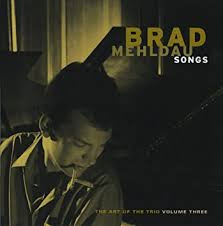 A beautiful album from 1998, “Songs” is a true handbook for Brad Mehldau’s piano art. He skillfully combines melodic sense and never-idle-virtuosity in the form of a song. Mehldau is often regarded as too conceptual but the listener shouldn’t be mislead by one of his peculiarities which is the ability to play jazz with the counterpoint technique as opposed to swing - once this is understood we are ready to be cradled by these ever so sweet tracks.
A good example of his virtuosity is the solo in track 2 “Unrequited” where the art of counterpoint applied to jazz reaches some of its highest peaks and the great independence of one hand from the other allows him to play an even tempo with his right hand and an odd one with his left. An awesome performance that grants him a place among the best jazz musicians of his generation.
Buon Ascolto 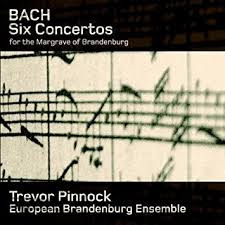 As of 1717 Bach was in the court of Cöthen as a chapel master and that’s when he could honour the request of Christian Ludwig, who was the margrave of Branderburg, to write some music for his orchestra. The story goes that Bach could never hear his concerts for as long as he lived, as they laid forgotten in the margrave’s library.
In the six Branderburger Concerts the composer combines the lesson learnt from the italian examples (Vivaldi Corelli Albinoni and Alessandro Marcello) with strict counterpoint and some vocal music organization, imprinting a highly personal signature in this avant garde genre.


The concerts are structured following the current trend: the concerto grosso (the whole orchestra) is counterposed to the concertino (a small ensemble). As you can tell from the picture, in the third concert the concertino is missing as the string instuments are switching parts among themselves. 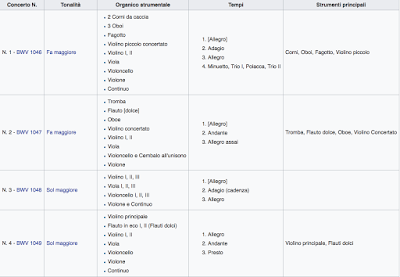 As far as assigning instruments, Bach deployed a color palette with few similar examples in late european baroque: a taste for timbre preciousness, for instruments’ choice and mixture, thus leading the italian concerto, widespread and appreciated due to international music publishers, to ever new heights.


Getting to the reviewing of this version, it must be noted that in the early 80’s Mr. Pinnock had recorded the Branderburgers, so you can imagine how surprised I was to hear about this new release. My first reaction was skeptical: hey, this director still wants to exploit the previous release’s success?
Well, after listening I see things differently; to beguin with, since it’s been some 30 years from the first version, greater confidence and a brighter orchestra timbre are clearly perceivable – musicians are now accustomed to playing antique instruments. Concerning Mr. Pinnock’s directing, what can I say? Simply divine, perfect, the rythm ever pressing, the blend between orchestra and soloists just astonishing. A master performance for a musical masterpiece that has no equals in baroque orchestra music.
Buon Ascolto 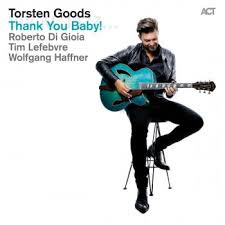 You like “swing” singers but, just like me, you can’t stand Michael Bublè? Then maybe Torsten Goods might be just right for you.
This singer and guitarist from Germany, in addition to being a great vocalist, also boasts a guitar technique that closely reminds of the way George Benson plays.
The track selection is excellent and the album as a whole is rather amusing. It’s easy music but trust me, while in the shower  it’s a spanker.
Buon Ascolto 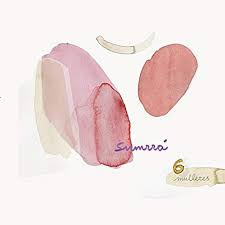 “Aversion to women is worldwide and does not concern the Arabic culture alone. I think about the Christian front, about the so-called “family values” with a double standard;  the  deeply rooted idea of imposed virginity, the so-called honour killings, the cultural falsification, about physical and psychoogical violence.”
NawalElSaadawi

With this album the Spanish trio Sumrrà is paying a tribute to six women that are leaders of the feminist movement. There’s so much awareness in this record hanging in the balance between glee and tragedy, with all emotional strain oriented towards those who rose up and fought against history’s archetypes.
While listening to this album I thought I could seize all the dignity that distinguished the lives of these women in search of justice. There’s reverence, sadness, beauty and dignity enclosed in these awesome six tracks. I hope that listening to them will make you want to know more about the lives of these women who truly had prominent roles in our history.
BuonAscolto